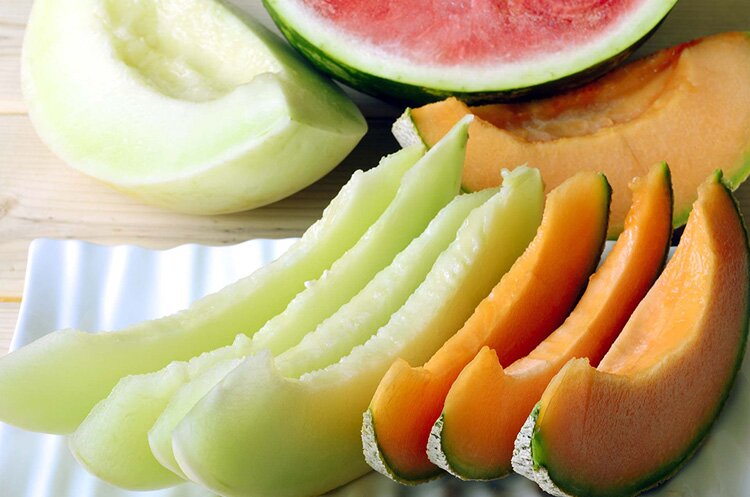 Melons provide a good source of potassium and vitamin C. Like many other fruits, they are also fat and cholesterol free; high in water content; and are relatively low in calories. Many melons originated in the Middle East and their popularity was gradually spread across Europe. Of all the melons, ancient Egyptians and Romans mostly consumed cantaloupes and muskmelons. Christopher Columbus transported melon seeds to the United States and Spanish explorers eventually cultivated them.

Melons are in the same gourd family as squashes and cucumbers. Most melons are similar in appearance to winter squash. Both groups have thick flesh and an inner seed-filled midsection. The main difference between melons and squashes is in the way that they are used. Squashes are consumed as vegetables while melons are consumed as fruits due to their much sweeter, juicy flavor.